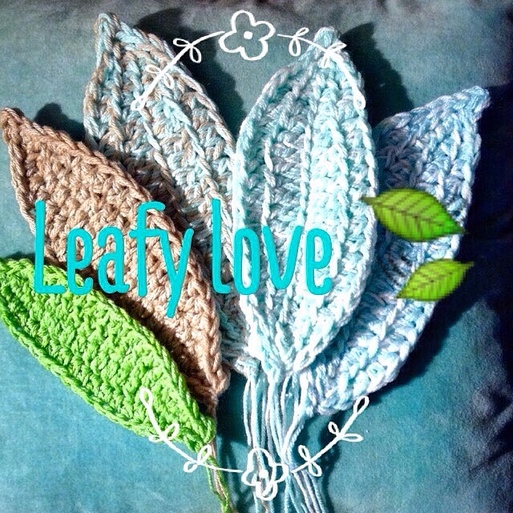 Yarn: 3 strands of DK or 8 ply
Hook: 7 or 8mm (Use a 7mm hook if you tend towards loose tension and an 8mm hook if you crochet more tightly. if you still have difficulty you may like to try an even larger hook.)
Size: The finished leaf should be approximately 23cm or 9 inches long.
You will need a wool needle to weave in the ends.

Important: The leaf is worked in rounds. Do not turn but keep going round in the same direction. Pattern is written in UK terms with US terms in brackets.

Picot - Picots are created by chaining the number of stitches called for in the pattern and then working a slip stitch in the indicated stitch or space.
Instructions

1st round:
Ss into the second ch from the hook then ss in each ch to the end.
2nd round:
Working into back loops only:

Now continue on in the same direction around the leaf. Do not turn.

3rd round:
Working in back loops only: 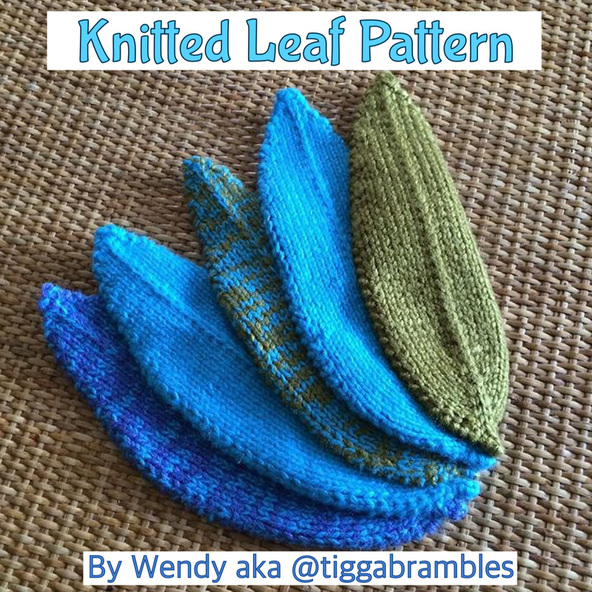 I used size 10 needles and 2 strands of double knitting yarn. I think 3.5 is equivalent needle size.

I always slip first stitch on every row and knit last stitch on purl rows as this gives a firmer edge I think.

Then continue knitting increasing on every 4th row as before until 19 stitches.

Then begin to decrease at each end of every 4th row 5times. Finally decrease on alternate rows until 3 stitches remain.
Cast off.

Using yarn and needles as above finished length is approximately 25cm